The voice of the storyteller

When I was a child, my father, an Army officer, was posted to South Korea. Each week, he would send us the Sunday comics, along with a cassette in which he read them out loud. He didn’t want us to forget the sound of his voice.

My father was quite the raconteur. He let his voice go gravelly when reading the part of Sarge in “Beetle Bailey,” and he adopted a suave register when playing Prince Valiant. He knew that good storytelling required not just a good story (or at least some decent comics), but also a good storyteller.

In writing, the connection between storyteller and audience is just as important. By using some subtle devices, a narrator can reach out to the reader and say, “We’re in this together.” 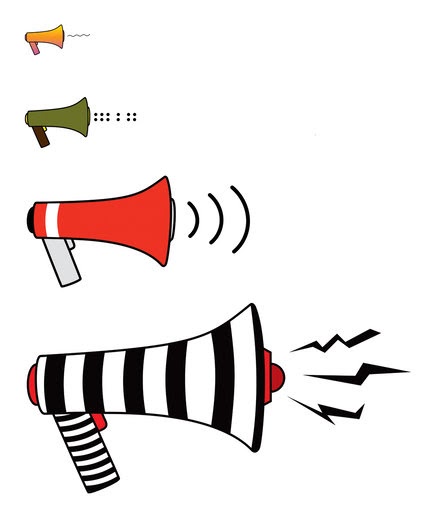 Yours, mine or ours?

One device, point of view, refers to the perspective from which a story is told. It is telegraphed by our choice of pronouns. In the first-person point of view, a writer chooses the soul-baring or the inclusive we. (The plural we can also appear as the editorial we or the royal we.) In the second person, the writer uses you, which is capable of sliding from the informal and irreverent to the bossy imperative.

In the third person, the writer usually relies on he, she, it or they, which allows a kind of neutrality, the impartial distance of the detached observer. This is the classic point of view of journalism. The starchy one is another third-person option, and in fiction the third person yields a range of options, from the third-person omniscient, when the narrator knows what all characters are thinking, to the third-person limited, when the narrator is inside the head of one character.

Let’s look at some classic Bob Dylan songs for examples of different points of view. In his 1962 cover of the bluesy standard “

Corrina, Corrina,” Bob Dylan tells the story of longing in the first person:

I got a bird that whistles

I got a bird that sings

But I ain’ a-got Corrina

The Times They Are A-Changin’” relies on the second person. The singer is talking to you, the listener:

And admit that the waters

Around you have grown

Hurricane,” written in 1975 about the controversial murder conviction of the boxer Rubin “Hurricane” Carter, Dylan uses the third person:

Here comes the story of the Hurricane

The man the authorities came to blame

For somethin’ that he never done

Put in a prison cell, but one time he could-a been

The champion of the world

Balladists, novelists, journalists, essayists — all must decide on a point of view for every story. Point of view affects tone, with the third person seeming more objective and hard-boiled and the first person more up close and personal. The second person can slide from directly addressing the reader — even telling us what to do (as in Dylan’s case) — to a hipper, more informal form used by stylists as diverse as Jay McInerney, in “

Voice, another aspect of great storytelling, refers to the ineffable way words work on the page. It tips us off to the identity of the writer. Reflecting a combination of diction, sentence patterns and tone, voice is the quality that helps a writer connect with a reader, and it turns the writer into a narrator.

All reviewers need to have a strong voice, since we are turning to them for an unvarnished opinion. The movie critic Pauline Kael wrote in a chatty, urgent, impassioned voice. Writing about “

Last Tango in Paris,” she mixed references to the playwright August Strindberg, schlockmeisters and the writer Norman Mailer, among others. Her language went from lyrical to lurid: “The colors in this movie are late-afternoon orange-beige-browns and pink — the pink of flesh drained of blood, corpse pink.” Sometimes she was downright plainspoken: “This is a movie people will be arguing about, I think, for as long as there are movies.”

Voice can be comical, too — try reading the wry reporting of Mary Roach: “The human head is of the same approximate size and weight as a roaster chicken,” she writes in the first line of “Stiff: The Curious Lives of Human Cadavers,” adding, “I have never before had occasion to make the comparison, for never before today have I seen a head in a roasting pan.”

Voice can also be eclectic and highly distinctive. Junot Díaz, for example, mixes Spanglish, literary theory, Caribbean history and no small amount of profanity in his fiction. The opening line in chapter one of “The Brief Wondrous Life of Oscar Wao” gives you a taste of his inimitable voice: “Our hero was not one of those Dominican cats everybody’s always going on about — he wasn’t no home-run hitter or a fly bachatero, not a playboy with a million hots on his jock.”

But voice can be understated, too. E.B. White may seem to possess the most seemingly natural, effortless voice possible, but that doesn’t mean it’s not carefully crafted. Here’s the opening to his 1941 essay “Once More to the Lake”:

One summer, along about 1904, my father rented a camp on a lake in Maine and took us all there for the month of August. We all got ringworm from some kittens and had to rub Pond’s Extract on our arms and legs night and morning, and my father rolled over in a canoe with all his clothes on; but outside of that the vacation was a success and from then on none of us ever thought there was any place in the world like that lake in Maine. … I have since become a salt-water man, but sometimes in summer there are days when the restlessness of the tides and the fearful cold of the sea water and the incessant wind which blows across the afternoon and into the evening make me wish for the placidity of a lake in the woods.

What’s magical about voice is the way we, as readers, recognize it. Anyone raised on “Charlotte’s Web” and “Stuart Little” finds comfortable familiarity in that last passage.

The sum of the parts

Find the right words, and decide what to leave out. Then shape your sentences.

play with sound, listen for cadence. Think about tone, and select a point of view. The more you explore, trying different ways of writing sentences, the closer you get to an understanding of how to inhabit a text and how to make it sound like you.