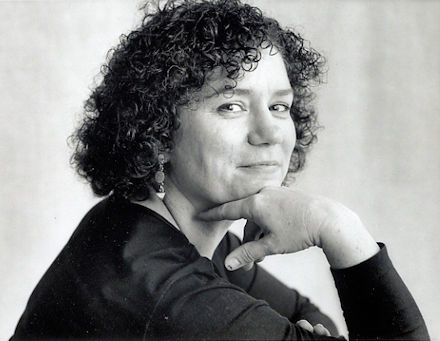 A few things about me… I have written six books, several of them on literary style (Wired Style,  Sin and Syntax, and Vex, Hex, Smash, Smooch). These are intended as romps through English and subversive guides to grammar and good writing. They have gotten me dubbed “Marian the Librarian on a Harley, or E. B. White on acid.”

If you are a lover of all things syntactical, you might enjoy my

eight-part series on sentences for “

Draft,” in the Opinion section of The New York Times. And check out

Writing Character, a primer chock-full of prompts on that most important aspect of the craft.

The Natives Are Restless and a picture book for children, set in Hawai‘i, called

‘Iwalani’s Tree. I also write articles on politics, culture, history, and travel, as well as essays on everything from the name I share with my grandmother to my odd taste in food.

I grew up in Hawaii, speaking “proper” English at home and Hawaiian creole (or “Pidgin”) with friends. My weird bilingualism led to a fascination with the edges of English. I left the islands to study English Literature at Princeton, after which I wrote short stories and performed monologues in dim San Francisco coffeehouses. I can’t say I went straight after that, but I did earn a masters in Journalism at UC Berkeley, after which I worked as a reporter and editor at the Gilroy Dispatch, the Oakland Tribune, and the San Francisco Examiner. I truly started dabbling in the idiosyncrasies of the mother tongue, though, while copy chief at Wired magazine.

As a freelance writer, I’ve written about Latin plurals and Latino culture, Berkeley politics and Hawaiian sovereignty. The fascination with character has led to dozens of profiles. My stories have appeared in newspapers from the Los Angeles Times to the Miami Herald, as well as in magazines like The Atlantic, National Geographic Adventure, Afar, Smithsonian, Health, and Honolulu. I love the travel essay, and have been published in anthologies including France, A Love Story (Seal Press) and Best Travel Writing 2006 (Travelers’ Tales).

I am as passionate about editing and

teaching as I am about writing. I have edited more than three dozen books, on everything from

leadership and red-state politics, to Mexican history and

war and peace. I have also directed conferences for midcareer journalists, including the

Latest in Longform. I run an annual writers retreat in

all over the place. I am a founder of

The Prose Doctors, an editors collective, and I work one-on-one with many published writers. (More on that work

Oh, and if you’ve heard that I dance a damned good hula, I do.