Gabriel García Márquez writes unhurried sentences that almost defy parsing. William Faulkner lays down a nearly 1,300-word sentence that made the Guinness World Records, but he deploys the five words “My mother is a fish” as a complete chapter of a book. Joan Didion can stop us short with simple truths, and she can take us on strolls down labyrinthine corridors.

Trust these great writers: There is no one way to render an idea. Let’s explore how masters of the sentence play with length and style to make their sentences distinctive. But first, let’s review what we have learned along the way about how sentences can be organized.

The essence of a sentence involves the pairing of a subject with a predicate, a What and a So What, a protagonist and a story. (See this post.) And that’s all it takes to make a simple sentence, like one that might appear in the arts pages of a newspaper: A popular musical is coming to Broadway.

A sentence can be simple without being stark. It can have a compound subject or a compound predicate. It can also contain any number of

phrases that give it texture.

Another way to let sentences stretch out and say a little more is to join them to one another. The easiest way to do this is to use a coordinating conjunction like and or but. When we do this, we call the individual parts clauses and the combined whole, including the conjunction, a compound sentence (Cheerleaders are returning to Broadway, and theatergoers will have 12 weeks to see them).

Sometimes we want to express an idea with more complexity than simple and compound sentences allow. Perhaps we want to draw attention to a cause and its effect, or to express relationships in time or to put a rhetorical finger on a paradox. In these cases, we can join two clauses with subordinating conjunctions like because, if, although or when. As the name of the joiner suggests, we are putting ideas into a kind of hierarchy, subordinating one to another. The result is a complex sentence.

And then, of course, we can combine styles into a compound-complex sentence, which really adds twists and turns. Here’s an example from

The New York Times: “Broadway producers rarely open shows in summertime, when tourist-dominated audiences are biggest for long-running hits, but a new musical-comedy is moving into the St. James Theater in July: “Bring It On,” a spinoff on the battle-of-the-cheerleaders movie from 2000 starring Kirsten Dunst.” 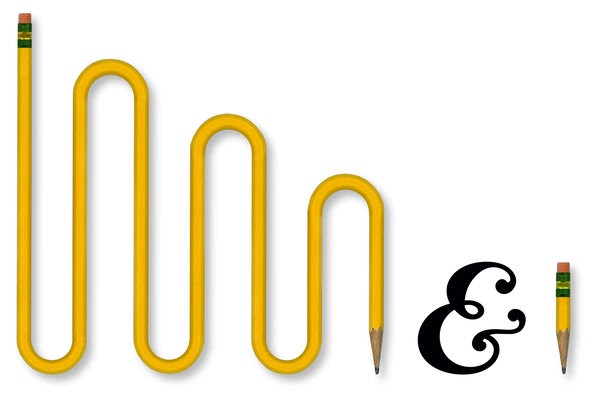 So far, I’ve been focusing on how meaning might determine the way we express an idea. But different sentences carry different weight, and we can craft them not just to get an idea across, but also to convey attitude or elicit emotion. Sentences inform us, but they can also touch us.

Simple sentences can pack a punch or deliver a punch line. Muhammad Ali depended on them to make his point: “I am the astronaut of boxing. Joe Louis and Dempsey were just jet pilots. I’m in a world of my own.” Ads and adages also often use simple sentences to convey something straightforward (A diamond is forever), authoritative (Don’t change horses in midstream) or cheeky (A little dab’ll do ya).

Combining simple sentences with longer, more complex lines can give a passage rhythm and heighten drama. The novelist Raymond Chandler is known for “hard-boiled” prose, like these powerful clauses he uses to describe the Santa Ana winds in his short story “Red Wind”:

There was a desert wind blowing that night. It was one of those hot dry Santa Anas that come down through the mountain passes and curl your hair and make your nerves jump and your skin itch. On nights like that every booze party ends in a fight.

Joan Didion also follows a fluid sentence with short, crisp ones when describing the same winds in her book Slouching Towards Bethlehem:

I have neither heard nor read that a Santa Ana is due, but I know it, and almost everyone I have seen today knows it too. We know it because we feel it. The baby frets. The maid sulks.

Those last three blunt sentences have the harsh force of the winds Didion is describing.

Literary lions like Ernest Hemingway and Cormac McCarthy have a reputation for short sentences, because both authors are so good at paring things to the bone. But often they string their stripped-down clauses along exquisite filaments, producing paragraphs like this one, from McCarthy’s The Road:

Out on the roads the pilgrims sank down and fell over and died and the bleak and shrouded earth went trundling past the sun and returned again as trackless and as unremarked as the path of any nameless sisterworld in the ancient dark beyond.

The phrases and clauses in that sentence, written without punctuation, add up to a kind of rushing prose, seemingly spontaneous, but highly crafted. Such rhythms can be almost biblical in their power.

Sometimes it’s not ands and buts that hold disparate images in equilibrium, but uncommon punctuation. In this passage from Sula, Toni Morrison describes Shadrack, a shell-shocked World War I veteran just released from a hospital:

Twenty-two years old, weak, hot, frightened, not daring to acknowledge the fact that he didn’t even know who or what he was . . . with no past, no language, no tribe, no source, no address book, no comb, no pencil, no clock, no pocket handkerchief, no rug, no bed, no can opener, no faded postcard, no soap, no key, no tobacco pouch, no soiled underwear and nothing nothing nothing to do . . . he was sure of one thing only: the unchecked monstrosity of his hands.

With ellipses, repetition and a surprising final image, Morrison circles around and then pinpoints the mystery of identity.

Sometimes we don’t so much want a seamless flow, or a drum of ideas punctuated with commas and ellipses, but rather hard pauses, urgent twists, high tension. Then we bring in subordinate clauses.

A seemingly insignificant as can provide a nice pivot. A sentence that begins with if builds anticipation right in. A string of whereases can lead to a hard and fast law — or an indictment. A series of when clauses, building to a final then clause, give rhetorical urgency.

Subordination can be dramatic and weighty, but it can also be light-hearted. Groucho Marx understood this, as he demonstrated at the end of this riff from the movie Duck Soup:

Comedic or commanding, light or lofty, the tone of sentences is set by language, length, phrasing and style. Mastering tone is a matter of stripping your ideas to the essence, then playing with all these devices to shade your meaning.